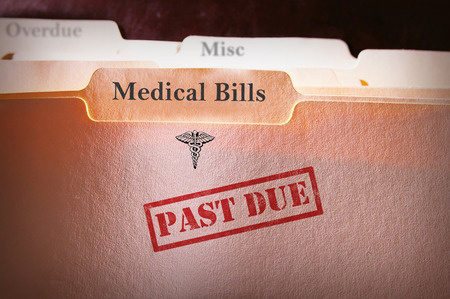 A remedy is available for a man without medical insurance who has a serious medical condition that prevents him working. Many people with medical conditions seek debt relief through a Chapter 13 bankruptcy plan, with the option of converting that to a Chapter 7 bankruptcy later, if medical bills become overwhelming while the plan is in effect.

We recently discussed how medical issues and bills impact bankruptcy filings with Christopher Holmes and Jess M. Smith, III, partners at Tom Scott & Associates, P.C. Below is a transcript of that portion of the conversation.

Chris Holmes: I have a current client who lives in the near-north side of Indianapolis. He is in his 40s and has children. He recently had undergone some medical treatment for a chronic, persistent problem. Unfortunately, he didn’t have any insurance. He couldn’t work and he didn’t have any accrued sick time, so he couldn’t earn any money. As a result, he couldn’t pay his monthly bills and couldn’t make payment on his medical bills. All of his creditors are now coming after him. Some people in this type of situation might file a Chapter 7 bankruptcy and wipe the slate clean. The medical problem has not yet been resolved and he is going to need additional medical treatment for which he does not have medical insurance.

What we do sometimes in cases like this is to put someone into a Chapter 13 plan, which would last, at a minimum, three years. If, during that three year period after filing the Chapter 13 case, he incurs an extraordinary amount of uninsured or unreimbursed medical bills he can’t handle, we have the luxury of switching or converting the Chapter 13 case to a Chapter 7 case. Whereas you can only list the debts that are incurred as of the time of the filing for bankruptcy, you can move that line down the road to the point of conversion. So, if between the filing of the Chapter 13 and the conversion of the case he incurs all of those unreimbursed medical bills, we can add them to the list. If those medical bills are dischargeable, we’ll discharge them in that converted Chapter 7. It’s a way to insure against uninsured medical bills during that three year time-frame.

Jess Smith: That is a legitimate reason for people to file Chapter 13. Don’t take garnishment now, with the right to convert later.

CH: So, for a minimum payment of $125 a month, which is probably cheaper than any insurance premium, people in this position insure against those uninsured medical bills during that three year timeframe. Now, if they don’t incur any additional medical bills, they can complete their plan and get their discharge, but if those medical bills are more than they can handle, that’s a reason to switch it over to a Chapter 7.

This particular client can’t go back to work for a couple of more months, so we are going to wait to file the case until that time. Chapter 13 used to be referred to as a wage earner plan and was designed for people who had regular steady income above and beyond their monthly living expenses. Without that regular steady income, he can’t propose a feasible plan. So, he is going to be released by his doctor and go back to work and that is when we are going to file. He’s still worried that he is still going to have this persistent problem that would require additional medical treatment and incur those unreimbursed medical bills.

If a medical condition and medical bills are causing severe financial hardship, contact us to discuss possible options that will allow you to get back on your feet and out of debt.