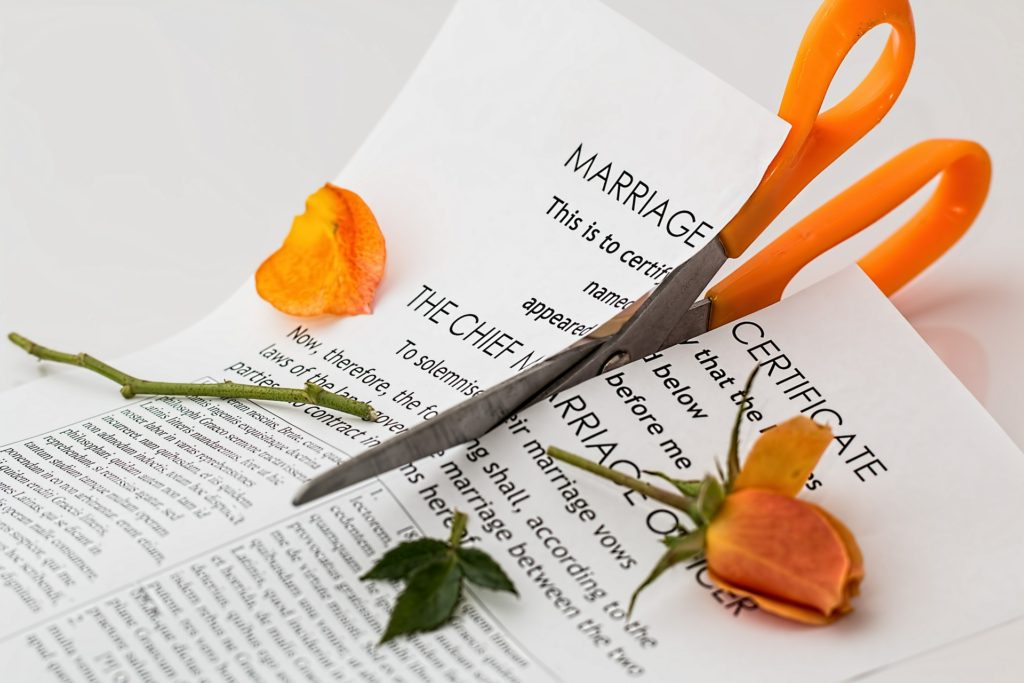 You can use a Chapter 13 plan to catch up on child support arrearage or spousal maintenance support (alimony) arrearage. If you have received a Chapter 7 bankruptcy discharge, you may still be obligated to relinquish to the bankruptcy trustee assets you receive in the future, such as your next tax refund check, a pending inheritance, or the eventual settlement from a pending personal injury case.

We recently discussed several aspects of bankruptcy with Christopher Holmes and Jess M. Smith, III, partners at Tom Scott & Associates, P.C. The discussion covered several topics, including property settlement in a divorce; alimony and child support payments; the different eligibility requirements for filing a Chapter 13 bankruptcy compared to filing a Chapter 7 bankruptcy; surrendering exempt assets to protect non-exempt assets; and misunderstandings about being sued and garnishment in relation to bankruptcy.

Q: How can filing for bankruptcy affect a divorce settlement?

Chris Holmes: Recently I had a client who, in his Decree of Dissolution of Marriage, was ordered to pay his ex-wife $900 per month for 10 years. He provided me with a copy of his settlement agreement, so I could look for language that indicated whether or not that monthly payment was in the nature of property settlement or if it was in the nature of alimony or maintenance.

There was absolutely no language in the agreement that indicated it was in the nature of alimony or maintenance. The reason that’s significant is that anything that’s in the nature of alimony or maintenance is a nondischargeable debt, whether you file for a Chapter 7 or Chapter 13 bankruptcy. (Child support is another example of a nondischargeable debt.) In this particular case, the Judge awarded $900 per month to the ex-spouse as a way to equalize the respective value of their respective retirement accounts, because his was worth more than hers.

Q: What are some of the other advantages and disadvantages of a Chapter 13 bankruptcy compared to a Chapter 7 bankruptcy? Are there certain circumstances in which you would always lean towards one or the other?

CH: Sometimes people must file Chapter 13 case because it has been less than eight (8) years since they filed a previous Chapter 7 case, which renders them ineligible to file another Chapter 7 until it has been more than eight (8) years since the date of filing the previous Chapter 7 case. In other words, if they desperately need debt relief during that eight-year time frame, they must file for relief under Chapter 13 of the U.S. Bankruptcy Code.

Q: Is there a similar ineligibility time frame for someone who has filed a Chapter 13 bankruptcy?

CH: You can file a Chapter 13 anytime, but a debt will not receive a discharge unless the new case is filed more than four (4) years after the filing of the previous Chapter 13 case. Also, some debtors are rendered ineligible for a Chapter 7 case because they earn too much money to qualify for a Chapter 7 case because of something called the Means Test. In other words, the computer program we use determines that a debtor has the ability to pay back a significant portion of their debt; therefore, they are not allowed to discharge certain debts in their entirety under Chapter 7 of the U.S. Bankruptcy Code. As a result, they must file a Chapter 13 case and pay back as much of their debt as they can afford during a five-year plan.

As we’ve discussed before, we file Chapter 13 cases for debtors who are behind in their house payments and are either threatened with foreclosure, or are in foreclosure, and they need more time to catch up on those overdue mortgage payments.

We also have some clients who have significant income tax problems that are not addressed as effectively by a Chapter 7 case because certain taxes can be paid back through a Chapter 13 Plan without penalties and without interest over a longer period of time.

Sometimes, people are just behind in their car payments and they are desperate to keep the vehicle. We can use a Chapter 13 plan to either catch them up on those payments or to pay the loan in full through the plan. As a result, the debtor is given more time to catch up on their car payments than the lender might otherwise demand.

Q: Going back to the issue of divorce, if alimony and child support are nondischargeable debts, would there be any advantage or disadvantage to someone in a divorce proceeding or having been divorced to lean toward either a Chapter 7 or a Chapter 13?

CH: Let’s say a debtor is behind in their spousal maintenance or child support payments. A debtor can use a Chapter 13 plan to resolve those problems as well. A debtor can use the plan to catch up on child spousal maintenance or child support arrearages. Sometimes, when the obligation is short-term and the payments are too great to be affordable, a debtor can put that obligation into a Chapter 13 plan to extend its payment over 60 months, which reduces the monthly amount to be paid on those obligations to an amount that is more affordable.

It should be noted, however, the bankruptcy code changed in October 2005, and we would need the cooperation of the state court or the child support recipient, because the automatic stay in a bankruptcy case no longer stops the collection of child support. Currently, only with the consent of the other party, can the debtor use a Chapter 13 plan to cure an overdue child support situation.

Q: Have you recently dealt with any unusual bankruptcy cases?

In this case, however, the debtors did not have the disposable income to fund a Chapter 13 plan to pay any money to those creditors. In that case, the Chapter 7 Trustee was threatening to take and liquidate some real estate to get at the equity the debtors could not protect. Fortunately, the debtor owned some vehicles they could live without; therefore, the debtors offered those vehicles to the trustee for liquidation because the net result would be enough to satisfy the Trustee.

In exchange for surrendering assets they normally could protect through a Chapter 13 Plan—the vehicles—the debtors were able to convince the Trustee to abandon his interest in the real estate the debtors could not protect.

Q: So, they chose a Chapter 7 case rather than a Chapter 13 case because the debtors did not earn enough money?

CH: Yes. The debtors were not eligible for Chapter 13 case because they did not have regular, steady income above and beyond their regular living expenses to pay what needed to be paid through a Chapter 13 plan.

Q: What is the most misunderstood aspect of bankruptcy? In other words, what do a lot of people you initially meet with believe concerning bankruptcy about which you have to set the record straight for them?

CH: By the way, sometimes debtors assume that after they’ve been sued and a garnishment has been entered against them, that they can’t stop the garnishment. Fortunately, even if a garnishment order has been entered, as soon as we file the bankruptcy case we can stop and prevent any further garnishments. Also, I’ve met with debtors who believed that if they file a bankruptcy case that they must give everything they own to the bankruptcy court for liquidation and they’ll be left with nothing; however, Indiana law allows debtors to protect an ample amount of assets in order to get a truly fresh start.

Jess Smith, III: One thing some people don’t understand is why they have to turn over tax refunds.

Q: So, why do people who file for bankruptcy need to surrender their tax refunds?

JS: Because, when you file bankruptcy, the bankruptcy trustee takes control and possession of all of your assets until they are abandoned or are determined to be exempt. Certain portions of a tax refund may be exempt, but usually it is a non-exempt asset.

People don’t understand that even though a bankruptcy case is fully closed at the time of the discharge, the asset portion of the case remains open. That confuses a lot of people.

Q: So, after you receive the discharge document from the court, the case may not actually be finished?

So, when people receive their Chapter 7 discharge, they sometimes forget about their non-exempt assets, because they might not have received their tax refund at the time they filed their case, but they have accrued their rights to at least a portion of their tax refund. That portion is what becomes an asset.

People don’t understand that they have to trade that asset in exchange for their discharge. If they don’t cooperate with the asset portion of the case, then their discharge can be revoked.

Q: So, in other words, if a debtor receives a bankruptcy discharge notification in October of this year, the refundable portion of the income taxes they paid prior to the discharge date can be considered a non-exempt asset subject to be taken by the trustee, even though the debtor doesn’t receive their refund check until next year?

CH: Yes. The debtors still have the duty to cooperate and turn over that asset, even though the debtor has received a discharge. Let’s say, for example, a debtor filed a Chapter 7 case on October 12, 2016, which is day 286 out of the 366 days in this leap year. Let’s also assume that as of this date, the debtor might receive a 2016 tax refund, when they file during the next tax season, in 2017. In the eyes of the U.S. Bankruptcy Court, approximately 78% of their Federal and State tax refunds have accrued as of this date. As a result, a Chapter 7 Trustee will force the debtor to provide a copy of the tax returns, which will show the refunds for the year, and then the Trustee will determine that portion of the tax refunds, less the Earned Income Tax Credit, which is exempt, and can’t be taken; whereupon, the Trustee could take and then distribute to the creditors 78% of the non-exempt portion of the tax refunds.

Other similar types of assets a debtor might receive in the future, which the trustee could take, include an impending inheritance or the settlement from a pending personal injury case, if they stem from an event that happened prior to the bankruptcy petition date.

We’ve learned from experience that if the amount of that pending asset is less than $1000, then trustees would probably ignore it, because they would not be able to provide a meaningful distribution to the creditors.

JS: But that decision is up to each individual trustee. Trustees make a commission based on what they collect from debtors on behalf of creditors, so some trustees spend more time than others pursuing small assets.