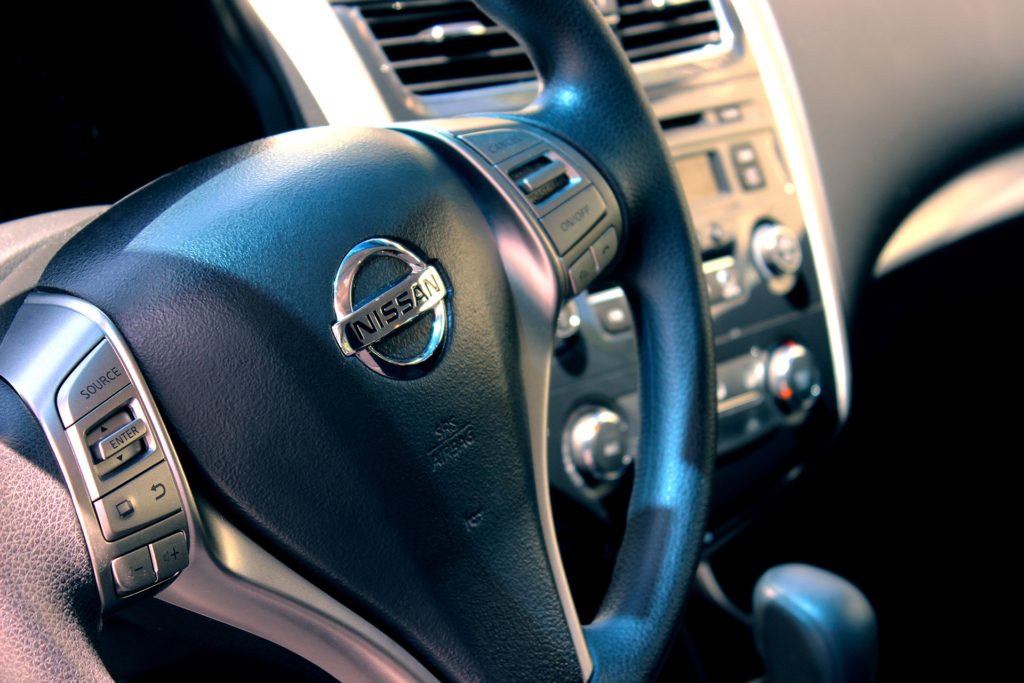 As a result of the recent rise of the prime rate, vehicle loans included in Chapter 13 bankruptcy plans can have a higher interest rate than in the past few years. Despite the resurgent economy, single mothers are still vulnerable to financial difficulties. Student loans cannot be eliminated by filing for bankruptcy, but one of several strategies can be used in conjunction with a Chapter 13 plan to pay them back.

We recently discussed several aspects of bankruptcy with Christopher Holmes and Jess M. Smith, III, partners at Tom Scott & Associates, P.C. The discussion covered several topics, including: how the recent rise of the prime rate has affected bankruptcy cases; which group of people are currently at risk of financial hardship; how student loan debt is treated in a Chapter 13 bankruptcy case; misconceptions about bankruptcy; and the ability of the Indiana Department of Revenue to implement an administrative garnishment.

Q: How has the recent rise of the prime rate affected bankruptcy cases?

Jess Smith, III: It has affected the interest rate on cars. There was a case years ago, which originated out of Kokomo, Indiana, that involved the interest rate a non-mortgage secured creditor would get on an asset being paid through a Chapter 13 bankruptcy plan. The local court came up with a ruling that was basically sanctioned by the U.S. Supreme Court in 2004 (Till v. SCS Credit Corp.), which stated the creditor would receive the prime interest rate plus a risk factor of 1% to 3%.

If the creditors become astute to the recent rise of the prime rate, it could affect bankruptcy plan agreements. Many of the car loans we see in bankruptcy cases may have had an interest rate of 19% to 23% when the contract was signed. The Till case that was decided by the Supreme Court involved a loan for a used pick-up truck that had a 21% interest rate.

For the past couple of years, I’ve been offering secured creditors or lenders 4.5% interest on their car notes. However, I recently saw a local case being handled by another attorney in which the creditor objected to a similar rate offered in the proposed plan for the debtor. The creditor demanded a 5.75% interest rate and the trustee seemed to think that rate was appropriate, based on the higher prime rate now in place.

Q: The economy has rebounded since the recession of a few years ago, which has caused a decrease in the number of bankruptcy filings. Is there still a particular group of people who are currently at risk of financial hardship and in need of relief through the bankruptcy court?

Chris Holmes: Unfortunately, single mothers who must raise one or more kids without receiving child support payments. If they are sued and are facing the garnishment of 25% of their take-home pay, then they’re unable to pay their rent or their car note, so they really have no choice but to file for relief through the bankruptcy court, to prevent the garnishment of their wages and to wipe the slate clean.

Q: When people come to see you for a free consultation, is there a common misconception about filing for bankruptcy, the benefits of bankruptcy protection, or the types of services you can provide?

CH: Sometimes people think they can’t get rid of a certain debt after they’ve been sued and there’s a judgment—or if a garnishment has already been implemented. They feel like it’s too late and they can’t stop those actions. But you can.

Q: Are there any types of debts that filing for bankruptcy won’t discharge?

CH: The big one is student loans. Occasionally we speak with people who have up to $100,000 worth of student loan debt. I recently spoke with someone who said they saw on the Internet that student loans are now going to be dischargeable, but that’s not true.

JS: I’ve spoken with other attorneys who also stated they’ve had people counting on that.

Q: If a student loan debt is not dischargeable, can it be rolled into a Chapter 13 bankruptcy plan?

CH: Let’s say a debtor can’t afford to make any payments. A student loan lender is the only lender that can leapfrog a legal process and go directly to a payroll department to garnish wages.

JS: The Indiana Department of Revenue can also do that, but obviously they’re not a lender. They can do what’s called an administrative garnishment and get 15% of your salary without a court order.

CH: Right. But a regular creditor must (1) file a lawsuit; obtain a judgment; (2) file a Motion for Proceedings Supplemental to Judgment; (3) have the court conduct a hearing; (4) determine if there is gainful employment; and (5) serve the employer with a Final Order in Garnishment. If your net pay is more than $217.50 per week, the creditor can garnish your wages. However, the maximum garnishment is 25% of your net income, which is your gross income minus taxes.

JS: I currently have a client in a Chapter 13 bankruptcy plan who makes about $80,000 a year, but who owes about $70,000 in student loans. The student loan lender was garnishing about 15% of his salary. We included the student loan debt in the plan to stop the garnishment, so he could take care of paying for his car and taxes, while keeping that loan on hold.

Q: When the Chapter 13 bankruptcy is filed, is that student loan debt treated like any other type of debt?

CH: Yes and no. Yes, it can receive a pro rata distribution along with the other general unsecured creditors. No, in that the amount that remains unpaid upon the conclusion of the case will not be discharged. Accordingly, I forewarn debtors that the total amount the student loan lender receives through the plan may not exceed the interest that’s accumulating while the case is pending. As a result, the total owed on the student loan may actually be bigger than when the debtor filed for bankruptcy because of the additional interest that accrued. However, it is often a cost worth bearing so the debtor need not make unaffordable monthly payments directly to the lender for the 3 to 5 years they are under the protection of the court.

JS: It’s just a temporary band-aid, not a cure for student loan debt.

CH: But that band-aid allows a debtor to resolve other debts and then, after the Chapter 13 plan is successfully completed, the debtor can focus his or her attention on paying back the student loan.

Q: If, during the bankruptcy plan, the debtor is in a position to pay back additional money on the student loan, is that possible?

JS: Generally, in this district, if you want to propose to make your regular payments on the student loan directly to the lender, you can propose to do that.

Q: Can a debtor make additional payments to a student loan lender, on top of the monthly payments included in the plan, or is the debtor’s choice one or the other?

CH: It’s either the regular monthly amount paid directly to the lender or the amount paid through the plan.

Q: Is that situation similar to a car loan, in that you might advise a debtor to pay off the car loan outside of the plan, if the debtor can afford to do that?

CH: If a debtor can afford the original monthly payment to the student loan lender outside of the plan, it’s preferable to pay that directly to the lender, rather than having that money paid through the plan for the benefit of all of the creditors. As a result, the debtor gets more “bang for the buck” by having that payment go toward eliminating the student loan instead of distributing that amount amongst all creditors in the plan.

Q: What would happen if a debtor decided to try and pay off the student loan outside of the bankruptcy plan, but for some reason is not able to keep up with the full monthly payments? If the debtor only pays a portion of the monthly payment, or none of it, can the student loan lender then go back to the debtor’s employer to begin wage garnishment?

JS: The lender can’t go back to the employer, but a long time ago I did see a case in which the debtor was going to pay $350 a month directly to a student loan lender. A couple of years into the plan, the debtor stopped paying the lender. The student loan provider then moved to dismiss the debtor’s case for being in default of the bankruptcy plan.

I’ve seen a case in which the lender notified the trustee about missed student loan payments. The trustee demanded that if the debtor stopped direct payments for the student loan, then the amount due to the lender would be added to the monthly bankruptcy plan payment. Remember, a plan payment is based on projected income minus projected expenses. Therefore, if the debtor is not paying the amount due to the lender each month, then the debtor’s monthly living expenses are that much less, which means there is that much more to add to the Chapter 13 Plan payment.

Q: So, if a debtor falls into that type of situation, the trustee won’t adjust the plan so the debtor can pay only a portion of the monthly loan payment?

JS: Correct, but I did have a previous case in which the debtor was actually a married couple with two incomes and two student loans. When the plan began, one spouse was under-employed, so we parked the student loans in the plan along with all of the couple’s other debts. Two years into the plan, the under-employed spouse obtained a new job with a much higher salary. Instead of giving all of those additional earnings to the trustee, we amended the plan to start directly paying back the student loans, directly to the lenders, outside of the bankruptcy plan.

Q: And the trustee agreed to that amended plan?

JS: Yes. Every case is different.

CH: Here is another misconception about bankruptcy. I’ve spoken with a debtor who wanted to include a student loan in the bankruptcy plan, to hold off the lender for the duration of the plan. The debtor assumed the student loan would not bear interest while the plan was in place, which is not true. The automatic stay does not prevent interest from accumulating on the student loan.

JS: Whatever interest is allowable in the loan contract continues to accumulate on top of the loan amount during the three to five years of the bankruptcy.

Q: Here in Indiana, would the closing of ITT Technical Institute in September 2016 be an example of when a closed school discharge could be used to eliminate a student loan debt?

CH: Yes. If some of your money went to ITT and your circumstance meets the criteria established by the U.S. Department of Education, you can contact the lender and initiate an administrative procedure to apply a closed school discharge to that student loan debt.

Q: What would be an example of an undue hardship that could cause a student loan to be discharged?

JS: It’s a very high level of hardship. You basically need to show the court that you’re going to perpetually live below poverty level.

CH: Someone who is disabled or who is on Social Security, who has only enough money to pay their necessities, and who has no money left over for the benefit of a student loan lender.

JS: And no reasonable expectation of any of those circumstances changing. There has been litigation in other districts—in which people have made good faith efforts to pay back the student loan and they demonstrated what they could afford to pay—where some courts have discharged part of the debt. In our district, there has not been much reported litigation like that. It’s expensive to undertake that type of litigation.